Project of a middle school in "Monteroni d'Arbia", Siena 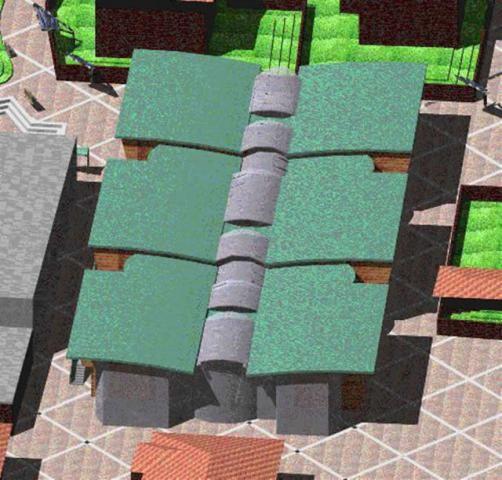 The shape of the intervention area, the available spaces, the urban context and the activities to be carried out as dictated by the preliminary design document, meant that the design idea fell on the realization of two independent plexuses and closely connected. The first will host all educational and administrative activities, with disengagements also acting as relationship spaces, while the second will include all collective activities. The open spaces and in particular the "square" of the project, located between the two plexuses, with its steps and the extension of the same until the intersection with Via Bruno Buozzi, well connect the different specificities, ensuring the possibility of carrying out activities outdoor, theatre, or children's meetings. These spaces, furnished and illuminated, will give the entire urban context, essentiality, decorum and the possibility to take advantage of the same even in the evening, organizing any markets and other interesting representations. In the available spaces, which are part of the area serving the entire school centre, there have been large parking spaces for the teaching staff, administrative staff and staff in general, the children's carers, as well as for the children's carers. Bus. As a whole, the plexus design is articulated, so as to embrace the surrounding space, so as to transform the outer space into an interior space pertinent to the school and the public. The stained glass windows that surround the "buildings", the verandas and those in particular overlooking the "square", make clear the compositional approach that gave rise to the idea of the project. The two plexuses that make up "the building", are arranged on two levels. The upper floors are served by large stairwell rooms and elevators.

The disengagement spaces (corridors) of classrooms, workshops and more, become communication and relationship spaces for the plexus children in the project. All designed rooms are made accessible to the disabled, through the installation of elevators, ramps and appropriately sized spaces (bathrooms, disengagements, etc….). The main entrance area (the fouyer) of the plexus, intended for educational and administrative activity, is double-height and represents the key element and reception, first external and then internal. The parking space of the school buses, very close to the "buildings", ensures safe access to children, school and collective activities. School buses will therefore be restricted to the project 'square'. From the "square" the paths that connect the plexus that houses the canteen, the library, the classroom magna and the environment for the sports activities of the elementary school children with the one specifically intended for educational and administrative activities. The idea of dividing educational activities from collective activities, certainly favors the quiet conduct of educational activities, also avoiding the compression of spaces and giving the "commitments" the function of relationship spaces, as it is better modern conception structure. The high-rise cylindrical struts of steel painted with bright colors and tilted places compared to the thread of the facades, the large glazed walls, the double heights present in the "buildings" and the bending and sinuous covers, protected by a "mantle" of green copper, they give the plexuses the necessary sobriety and a balanced insertion of the artifacts in the urban context, avoiding the visual impact, which often cause the new buildings in a preconceived context.

The stones breathe. Once every thousand years and our life is too short to notice (
Fabrizio Caramagna)